"boys will be boys"

16 years old. House party. Purple passion. Cheap beer. That's all it took for my life to be forever changed. I don't remember that night in it's entirety. Flashbacks will sometimes appear in my nightmares. Snippets of a bathroom, a small window, the white of the enamel on the toilet and what I think is a glass shower door, will enter my mind if I take the time to really think about it. It was 1987, some time in the late winter/early spring. My memory really only comes back the morning after, waking up in the emergency room just after getting my stomach pumped. My alcohol content was .21, weighing in at just 105 lbs, this could have been my death sentence. The doctors told my dad that I would have died, had he not brought me to the hospital. We were recently talking about this night and I could tell he was still angry at the boys who carried me into the house and dropped me off on my living room floor. He thought these were the boys that hurt me. I had to remind him that it wasn't. These were the boys, who, not knowing exactly what to do, knew that they had to get me home. Little do they know, now, that they probably saved my life. 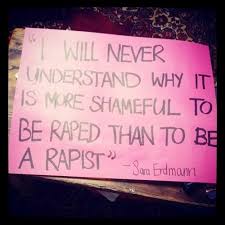 I was raped that night by two boys, two of my "friends". We didn't call it that in the eighties. I was just another drunk girl and they were just "boys being boys". It took me years of therapy to acknowledge it for what it was. I still have trouble with it. Yet, it wasn't the act itself that has stayed with me. It is what followed. Boise is big, but back then, it was still small town Idaho. Everyone knew someone who knew someone and the rumors spread quickly through the high schools. It wasn't long before I was being confronted by kids I didn't know about all that they had heard about "that night". You see, these boys were stars in our school, in both basketball and football. They were popular, good looking and had the world at their fingertips. They also liked to brag. A lot. Eventually, I was called into the principals office for "making a scene" in the cafeteria, after confronting one of them to STOP talking about what they did. Coaches were also being notified of "something happening". As it turns out, however, no one was concerned about what was happening to me. The concern was about what could happen to THEM. I mean, they had college to think about and scholarships were on the line. I was told that I could transfer to another school discreetly. I could transfer to another school. Me.

As time went on, it seemed like maybe it would all just go away. No one wanted to make it a bigger deal than it was. My dad was ashamed and didn't want anything to go public. It was basketball season so the school turned its focus to that. I chose to take back control the only way I knew how, and that was through dance team, my studies, and my sexuality. If everyone was going to call me a SLUT anyway, it would be on my terms. And then it happened. The end of the year newsletter. The seniors bequeathed something of theirs to the juniors.

Black and white and in print, for everyone to see. I can still see those words every time I close my eyes. It's like time stood still. It feels the same today every time I think about it. It was as if I was being raped all over again. Again. And again. That feeling will NEVER go away. After that, I blanked out anything that was said about that night, to me. I don't remember my reaction or anyone else's for that matter. I SHUT IT DOWN inside of me. Over the next couple of years, I slept with both of them again on random occasions. I had to control the narrative of my interaction with them and by seducing them both, it felt like it could be my story, instead of theirs. I was wrong, but it was the only way I knew how to deal with it at the time. 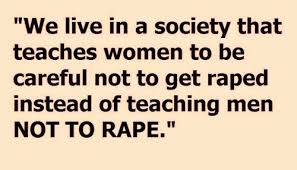 With all that is being said in today's political climate, my story, is nothing original. However, what stands out to me, is how the narrative doesn't change. We live in a world where "boys will be boys" is taken as a reasonable excuse for bad behavior. It's not. I don't know where these two boys, now men, are in their life, but I imagine if one of them was being considered for a Supreme Court Justice position, I would tell my story to whomever would listen. I didn't report it. WE didn't report it. That doesn't change the facts of what happened. It doesn't change their character. It MATTERS if they don't acknowledge what they did. It MATTERS if they defend their actions with shallow excuses. It MATTERS that neither of them have ever apologized to me. It matters. I matter.

I've shared this story before. I'm not telling it now because I'm trying to make any type of political statement. I just want to remind all women out there that their history is not expendable, just because you may have chosen to go public about your experiences or not. Reporting doesn't happen because society DOESN'T care. I was surrounded by adults who did nothing to make my experience different than it was. Educators, parents, coaches all bare responsibility for the actions of the children in their care.

It is my guess that these two "boys" have not once thought about the decision they made that night. That's OK. I've thought about it hundreds of times for all of us. I'll keep sharing my story and I hope that it inspires others to share theirs. 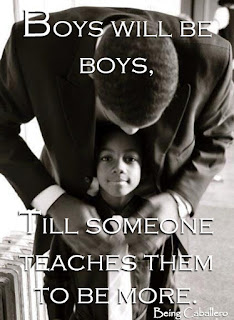 One more thing. To the boy that drove me home, I've thought a lot about you as well.  I know where you are in life and you are living a life expectant of someone who would have been the boy to make sure I got home safely. Thank you. Seriously. Thank you. In that moment, after everything happened, I had one friend left and that was you. Thank you for showing up when it mattered and thank you for being the "boy" that doesn't live by the motto of "boys will be boys". Instead you chose to be a man. I know you were scared that night. I was too. Thank you for NOT letting fear be your guiding force. Your sons and daughters should be very proud. I have no doubt that they are amazing young men and women themselves.