*** I originally was going to publish this on January 5th. After writing it and starting on the next 6 months, I began to have major up and down moments. It was hard to look at my failures, which pretty much obliterated any successes. My black and white thinking floored me. The past month since then, I have been trying to figure out if I can really make 2015 work the way I want it to. Every time I think I'm ready, my fear of failure (which is probably a fear of success) gets in the way. It's numbing to my creativity, motivation and organization. I literally stop everything. However, I've starting to come out of the tunnel and am doing all that I can to accept myself, yet again, as a human being that can fall down and it doesn't have to be the mark of my future. I can actually have good days and bad days and allow myself to reflect who I really am, rather than who I think everyone (I have no idea who that actually is) expects me to be. It's all an illusion, yet one that I have seared into my thinking and is definitely hard to let go of.*** 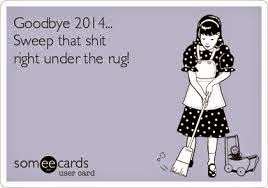 January 5, 2015. I can't believe 2014 is over. I don't know whether to be happy, sad or relieved. On the one hand, 2014 was good to me in that, I finally let go of toxic relationships and I found my voice. On the other hand, I set goals, albeit amazing goals, that now have 2015 deadlines and I am completely freaking out about that. Regardless, it is time to put my big girl panties on and do what I need to do! In the meantime, and really for my benefit, here's a 2014 recap of this beautifully broken life of mine.

January 2014
---Reconnected with a man that I met 12  years ago (not my ex-husband). Yet, someone who I have always had a strong connection with. Felt confident for the first time in a long time that I could handle a relationship and allow myself to love someone. My version of love anyway, that is weak at best.
---Signed up for a weight loss challenge and kinda, sorta started exercising. 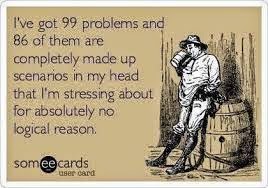 February 2014
---Began required aftercare classes (for the 3rd time) Moral Recognition Therapy.
---Stopped thinking about the weight loss challenge and stopped weighing in. Actually, I'm not sure if I ever started.
---Spent some time with that special someone and realized that my feelings for him were very strong, yet he was definitely not in a place to actually commit his own feelings to me. Ignored all of the warning signs.

March 2014
---Decided I really need to jump back into the weight loss challenge thing and signed up for some personal training classes.
---Referred by therapist to volunteer as a Peer-to-Peer advocate for our local chapter of NAMI. Did not show up for training after having insane anxiety about how I could possibly help anyone else, when I could barely adjust to my own life. Plus, I realized that I would have to meet people face to face. Enough said.
---Began the final plans for my daughter's June wedding. Mix of excitement, fear and sadness all at the same time, all the time.
---Celebrated my other daughter's 11th birthday. How did she get so old? Am I getting old?!?!?!?
---Spent some time with my (boyfriend??) ??????????????????????

April 2014
---Stopped going to personal training. Definitely stopped weighing in. Weight loss challenge a bust!
---Traveled to Seattle-Tacoma area with said "boyfriend" to meet up with my daughter and her fiance for a long weekend. Had an amazing time, even with every reminder that I wasn't really getting what I needed out of the relationship. Once again ignored all of the warning signs .
---Went off the grid -- social media, for (1) week as a challenge to myself that I could, in fact, do it. Reconnected with the outdoors and promised myself that I wouldn't get lost online and in the social media vortex again. Oh and won tickets to go see Wicked, which was Ah-mazing!! Reminded myself how much I truly love the arts.

May 2014
---Began seeing a new therapist who specialized in EEG. Something to do with electrical activity and measuring voltage fluctuations within the neurons of the brain. Combine this with therapy and I apparently will forget all of my bad memories and live happily ever after. Sounded too good to be true, but I was game.
---Hired a math tutor for my daughter after realizing that I am not smarter than a 5th grader (possibly not even a 3rd grader)
---Finally finished my after-care program! 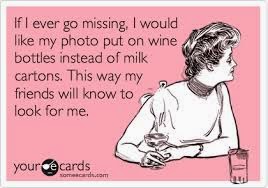 ---Set final plans for the wedding. Mother of the Bride stress is at an all time high!!
---Spent NO time with "boyfriend". Pretty sure he isn't my boyfriend, even though he says he is.
---Local writer invites me to lunch because she wants to learn more about me. I cancel, reschedule, cancel again. I'm beginning to recognize that I may never be able to meet anyone in public again.
---My daughter arrives in town for her upcoming wedding. She is right brained and I am left brained. One can only guess how "calm" that week was.

June 2014
---WEDDING!! Amazing, beautiful and did I say, amazing?! All went smoothly, even with some minor hiccups. My experience as an event planner, back in the day, paid off big time.
---Beat myself up because I didn't follow through with that damn weight loss challenge, especially because I had to see my daughters biological father after 20 years WITH his new wife. Of course they are both athletic and in good shape. Tried to find the beauty in my curves. Not very successful, but my pride in my daughter that day helped to push the negative thoughts away.
---Had an epiphany that I needed to "re-do" my house and make it more mine. If you are guessing this was a way for me to continue avoiding social contact, you would be right. Began the process of scouring antique shops, garage sales and auctions for DIY projects. Painted one room. Made the decision that with any future painting I would hire someone. Also, immediately began questioning my plans for DIY projects.
---Became both obsessed and disgusted with Pinterest.
---Travelled to Denver with my daughter to attend Comic-Con. Had a blast and another epiphany that time with my daughter was all that I wanted and I was pretty sure I could get away with never seeing anyone else for the rest of my life. Which lead to...
---No time spent with said boyfriend. AND
---Cancelled plans with friends several times to meet for dinner, go to movies, etc. Something tells me I really need to get out of this house! 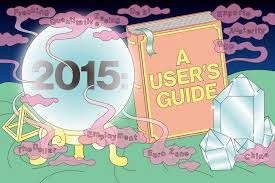 The following themes are evident:
1. No follow through.
2. Severe anxiety in social situation
3. Relationship confusion = self esteem issues
4. Desperation to find out what the hell is really wrong with me!!

Bear in mind that my life has improved exponentially over the past couple of years. Can you imagine how I was in 2012?? Holy Shit.