I Give Thanks and Then I Cry 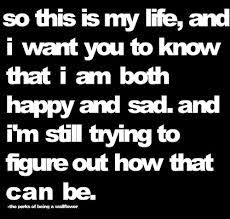 Wow! What a roller coaster of emotions the past few weeks. I visited my daughter and son - in - law over Thanksgiving in North Dakota. Aside from freezing my tail feathers, it was an incredible time. It made me proud seeing her so accomplished and driven. She and her husband have an extraordinary love and commitment for each other. No matter how much I beat myself up, I can't help but know that there must have been something good that funneled its way out of me in order to create something and someone so beautiful and healthy. Sure she has her issues, based on my lack of parenting moments, but she has found her own way of pushing past them. The most daunting weakness is that she has trust issues with me and because of me. However, we had an amazing talk and she was able to tell me honestly how my guilt deception hurts her. Letting go of my guilt for letting her down causes me to make promises to her that I know I can't keep. It was healing for us both as she let me know that she would rather be disappointed by not getting something, than knowing that I am lying to her. Another light bulb moment... disappointing loved ones is not the end of the world and completely normal. When relationships are healthy you will not be judged. You are not trying to meet unrealistic expectations and if the relationships are non-toxic, those you love will love you unconditionally no matter their emotions, be it anger, sadness or disappointment. Leave it to my daughter to continue teaching me how to re-learn what I should have learned as a child. 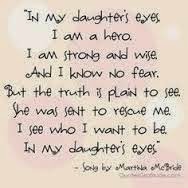 Thanksgiving was all that I could have hoped for. Having my children and their friends surrounding me with their youth and laughter was exactly what I needed. She even made our entire dinner from scratch. Albeit with some help, but watching her as an independent adult (she and her husband have also recently started their own business) was a moment I will never forget.

This time with her helped me to forget how Thanksgiving has been painful for me from the time she was born. Her father left me the day before Thanksgiving. He broke up with me with a letter because he couldn't look at me and do it. His guilt? Fear of my reaction? I don't really know, yet it was another stab in the heart as to how unlovable I am. At the time I felt that he was "the one". Looking back I can see that he was "the one I hoped would save me". A little over one month after we broke up, I found out I was pregnant. The holidays after that were both amazing and sad, but I survived every one of them until the year my final ultimate breakdown began. 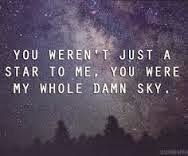 I had been living a rollercoaster of ups and downs for years prior to the Summer of 2009. I had recently been fired from a job that I loved more than any job I've ever had. I know why I was fired. It certainly wasn't the first time I'd been let go for my unpredictable behavior. I was always very good at what I did. I just was never consistent.  I would have amazingly productive times and then I would call in sick for no reason and at the times I was needed the most. My emotions caused friction between myself and my supervisor and I mixed my personal and business life in a way that was bound to sabotage my entire existence. Sometime in October, a few months after I was let go, I had a full hysterectomy. 20 years of extremely painful and life threatening ovarian cysts had finally gotten to be too much for me. 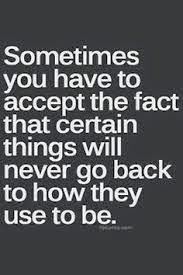 As Thanksgiving approached I asked my family (step-mom, dad, siblings) if they wanted to come and have Thanksgiving at my house since I was still recovering from surgery.  I had a large kitchen and thought we could all make a day of it. I was curious as to why I wasn't getting a direct "yes" to my invitation until the day I talked to my brother. He told me that if I was involved in or at Thanksgiving dinner he would not come. He told me that if I wasn't his sister he wouldn't even like me. He basically let me know that my unpredictable and reckless behavior was no longer something that he wanted in his life. Needless to say, I was devastated. For years, I blamed him for how my life spiraled after that. We were never really close because he is much  younger than me, but I loved him so much. Perhaps, it was because I had stepped in so many times when he was a child to protect him from the violence, mental illness and alcoholism that went on in our house. Internally I believed this somehow made up for my childhood because I was now the protector. Perhaps it was because having a little brother helped me to believe in the good in people. Regardless, whatever fragile pieces I had left shattered. I have not spent Thanksgiving with my parents or siblings on my father's side since.

I'm still so conscious of this time in my life that even now as I try and rebuild my relationship with my brother after unforgivable betrayal to our parents, I know that I don't try as hard as I could. It still hurts. It is still a reminder of my self hate. Although my life and this journey grows stronger, things will never be what they were and there is a part of me that knows that the dysfunction of my entire family will never allow us to share memories that other families share. Even as I put all of my broken pieces together, I will never be able to build the family I so desperately want. And no matter how logic tells me otherwise, I continue to believe that this is, and will always be, somehow my fault.
Posted by Unknown