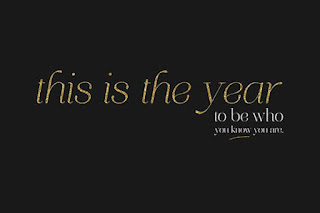 I know that it has been awhile since my last post.  So much has happened in the past 3 months, it will take a few posts to really touch on everything, but I will say that TODAY, this journey of mine kicks into high gear.  A year ago yesterday, September 28, 2011, as many of you know, I tried to take my life.  Fortunately, I did not succeed.  During my stay at Intermountain Hospital, I learned that I have been unknowingly living with a multitude of mental illnesses.  The most serious being Major Depression, with an ongoing history of Borderline Personality Disorder.  Depression... I know about, could somewhat understand.  BPD.... I had no idea what that was or what it meant for my future.  Once I learned more about it, I realized that this is a personality disorder that I most likely have had my entire life.  My history supports the symptoms like it is and was an actual text book case.  So, what does this mean.  First, I have had to take almost the entire year since my initial diagnosis to become stabilized with both mood altering medications and intense psychotherapy.  Now, that I can confirm that my mental health is stable, the real work is about to begin.  There are so many things that I have to relearn....coping skills, social skills, finances, relationship boundaries and most importantly self love.  This, my friends is the hardest.

Yesterday, I was able to take some time to reflect on not only all that has happened in the past year, but also what has happened in just the past 3 months.  It is almost too overwhelming to wrap my brain around.  The most jarring is that I am now divorced.  I don't know that I have actually accepted or even acknowledged that it has really happened.  It is too surreal. So much of my identity the past 10 years has been wrapped up in my marriage.  Peeling off those layers to find who and where I was when I took this particular detour is extremely painful.  To keep the blame and guilt I have deeply embedded towards myself in regards to this situation at bay, is nearly impossible.  I have an overwhelming desire almost daily to cut myself.  So much emotion is just sitting under the surface that whenever it peaks out into my daily "living" I find myself stopped cold, like a deer caught in the headlights.  Which way do I run to escape?!?  Fortunately, my therapist, who I see twice a week has been there to guide me through the process AND I have an amazing support system around me who keep me grounded. I've actually been able to reach out to them when feeling overwhelmed which is a far cry from where I was a year ago.  And though, I am proud to say that I have not cut myself since early July, I did eat an entire pan of chocolate pudding cake yesterday as a coping mechanism to deal with so much emotion that was coming to the surface for a variety of reasons.... ya, so emotional eating aside, I am doing better.  But, like I said the work is just beginning.  I am a long way from being or even knowing who I am or achieving the ultimate goal of loving myself and "being" happy.  That's it.  Just happy.

What I can say, is that I have renewed motivation to write daily and hopefully inspire others to know that they are not alone and we are all on this journey together in one way or another.  And purely selfishly, writing about where I am helps me to stay accountable to myself.  There is no going back for me.  No more detours. No more running away.  It is possible to live with mental illness and  have success, have love, have the life one dreams of.  The first step is accepting, REALLY accepting this possibility. The rest is up to me (you).... us.
Posted by Unknown